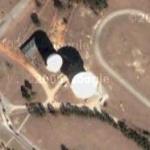 © Google Maps
Tank Hill
By LanternBearer
(2006-01-21)
I spent a lifetime here one summer. It was 1964. I had just graduated from high school and there was a war heating up. This basic training platoon and company was made up of all Army Security Agency types. Some were regular Army and some were reserves. We knew that we would not be grunts in the line but everybody wanted to be Audie Murphy.

Other companies up and down the hill were earmarked for shipment to Viet Nam. Most in 1964 were sent as a group to other bases to make up brigades and battalions for mass transport by troopship. Those guys did it WWII style in utilities and sometimes battle gear. As the war went on, the less desirable "replacement" or "F****** New Guy" system went into effect. Under that system many replacements were processed through Oakland Army Terminal in CA and then on to Edwards AFB for contract flights to various destinations and waypoints on the Pacific rim. They would eventually get to the Nam in short sleeve khakis toting a B-4 bag and a duffle. It was pitiful to have to walk across the ramp in front of the departing guys sitting on their luggage and wearing new khakis getting ready to get in to those seats that were still warm from the FNGs.

My route was to Ft Devens, MA for 8 months and then to Turkey for thirteen. I was also in Japan for a little over two years.

All typos are intentional. 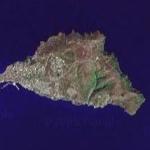 © Google Maps
Tuslog Detachment 4/Hippodrone Sinop Turkey
By LanternBearer
(2006-01-19)
I spent 13 months here in 1965/66. It was a remote posting for military communications types. This area is as historic as you can get. There were ruins and artifacts in abundance from several millenia BC on land and in the waters surrounding the mountain. Bob Ballard, the oceanagraphic genius, has done extensive work just off shore. Nearby is the only fjiord on the Black Sea. This area is now being developed as a resort area. It draws a lot of tourists from the former Soviet Republics.