From Hawaii to New York, there are stunning castles throughout the United States, so if you can’t afford a castle of your own or a trip to Europe, check out this list and see what might be close to you!

One castle that truly does have royal heritage is the Iolani Palace in Honolulu, Hawaii. The kingdom of Hawaii was ruled for nearly one hundred years, from 1795 to 1893, before eventually becoming a US territory and then state.

The area that became the palace grounds had long been a sacred burial site for the local nobility, and a large house was constructed in the early 1830s. King Kamehameha III turned the mansion into his royal court, but only years later did it become the palace we can visit today. 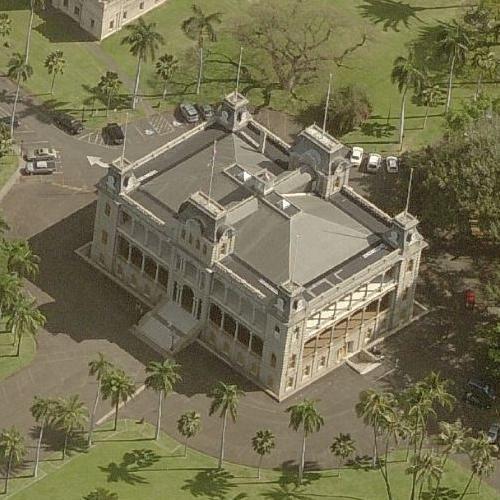 The interior decor rivals that of any royal palace, with a throne room, grand hall and many lavish rooms for meeting and entertaining. The red throne room commands respect for the royalty visitors were permitted to see, and the formality of the state dining room was on par with any other monarch of the time. The building was so modern, it had electricity and phone lines before the White House.

Visitors can tour the palace and grounds year round, and the site would be an amazing addition to any visit to Hawaii! 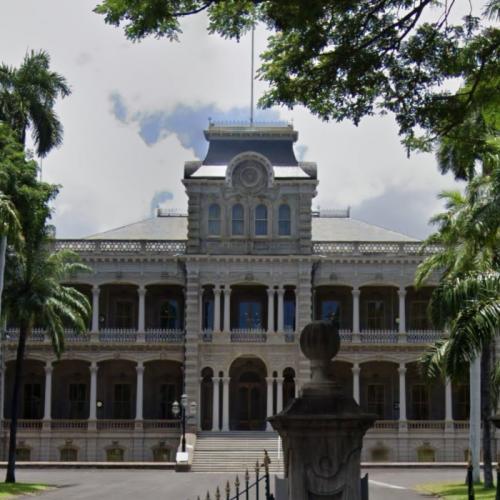 Renowned as “America’s largest home”, this residence was built for the Vanderbilt family, the wealthy railroad and shipping family of the Gilded Age. Started in 1889 as a summer residence, the estate initially comprised nearly 95,000 acres of land, but was reduced to about 8,000 acres in 1914. 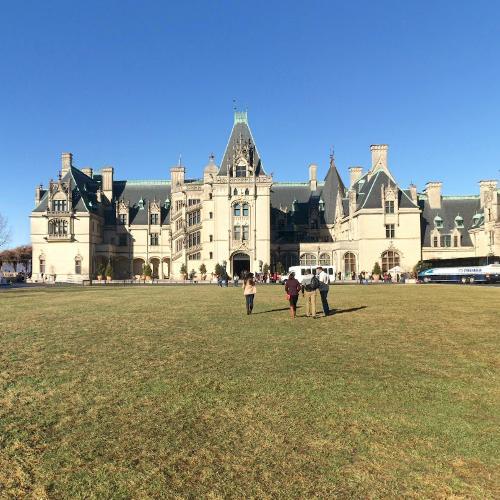 Much of the original land was sold and became part of a national park in 1914. During Wold War II, many famous and important paintings from Washington D.C.’s National Gallery of Art were stored here to keep them safe in the event of an attack on the nation’s capital. The estate was turned into a museum in the 1960s, and currently has over one million visitors annually. 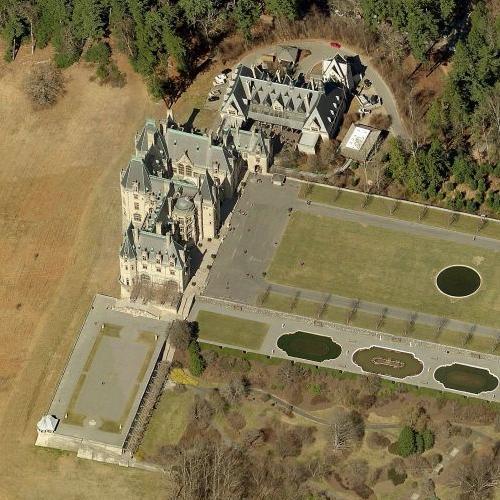 Newspaper mogul William Randolph Hearst, commissioned one of America’s grandest residences near San Luis Obispo, California. Nicknamed The Enchanted Hill or The Ranch, the mansion was originally intended to be a simple bungalow, but those plans were quickly put aside in favor of a much grander design. 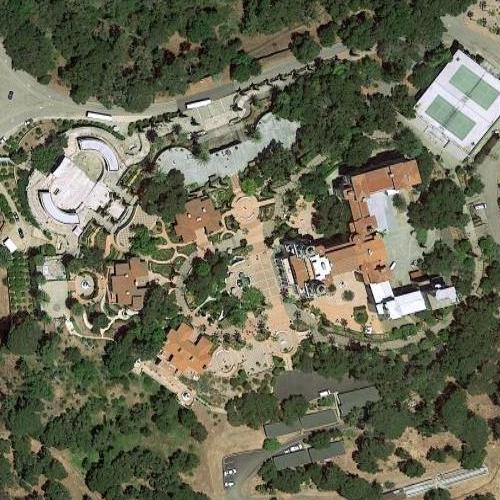 The main building has a distinctly Spanish cathedral feel. The estate boasts nearly 60 bedrooms, 61 bathrooms, indoor and outdoor pools, a specially designed movie theater, and even a small zoo complete with zebras. The famous Neptune Pool includes an ancient Roman temple front that was imported from Italy.

The estate is both grandiose and breathtaking and has been a tourist attraction for over 60 years. Visitors can see the site year round, as it is a California State Park.

George Boldt rose from humble beginnings in Germany to become a successful entrepreneur and hotelier in the late 1800s and the turn of the century. He is credited for the popularity of Thousand Island dressing, which was a specialty at the Waldorf-Astoria Hotel, which he managed. 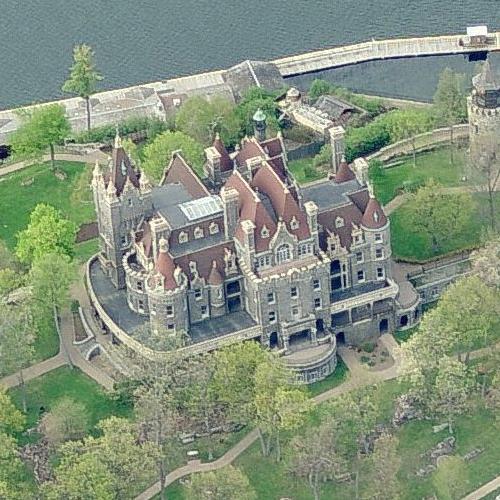 As a gift to his wife, Boldt started construction in 1900 on a large mansion estate on Heart Island off the coast of New York City. Sadly, Boldt’s wife died suddenly in 1904 and Boldt stopped work on the mansion and never returned to the island.

After decades of disrepair, the Thousand Islands Bridge Authority purchased the island with the intent to restore the site and open it to the public. The site is now restored to its former grandeur and is continually being enhanced to fulfill the original vision of Brandt and his wife.

The construction included a castle-like residence, an entertainment venue designed in the fashion of a medieval defensive tower, a grand entry arch for guest arriving by boat, landscaped grounds and gardens, and other out buildings.

The Castle is the largest building on the island, including a ground level pool, ballroom, grand library and tower room six stories above ground.

Guests can get to the island through one of many tourist boats or take their own boat if they want. Many couples have their weddings and receptions, as well as other special events on the grounds. 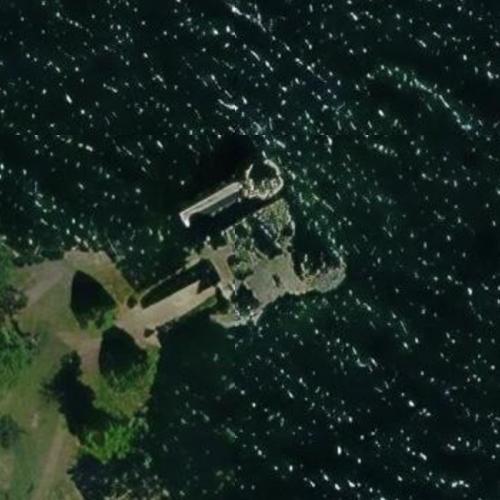 This is just a short list of the many mansions and castles across the United States. While they may not be as old or historic as European castles, they are all residences grand enough to rival anything Europe has to offer!