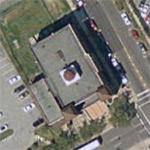 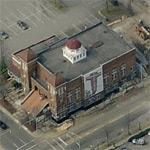 By neotrix @ 2009-09-20 00:42:27
@ 33.516666, -86.815043
Birmingham, Alabama (AL), US
Sixteenth Street Baptist Church is a large, predominantly African American Baptist church in Birmingham in the U.S. state of Alabama. In September 1963, it was the target of the racially motivated 16th Street Baptist Church bombing that killed four girls in the midst of the American Civil Rights Movement. The church is still in operation and is a central landmark in the Birmingham Civil Rights District. It was designated as a National Historic Landmark in 2006.
Links: en.wikipedia.org
1,237 views