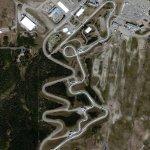 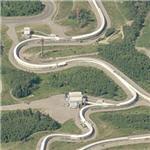 The Canada Olympic Park bobsleigh, luge, and skeleton track is a bobsleigh, luge, and skeleton track located in Calgary, Canada. Part of Canada Olympic Park, it hosted the bobsleigh and luge competitions at the 1988 Winter Olympics. This track is one of only two of its type in the world to be featured in a non-documentary film when it was part of the 1993 American film Cool Runnings which loosely followed the Jamaican Bobsled Team during their competition in bobsleigh at the 1988 Games (The other was the 1981 British film For Your Eyes Only which included scenes from the bobsleigh track in Cortina d'Ampezzo, Italy.).
Links: en.wikipedia.org
3,002 views