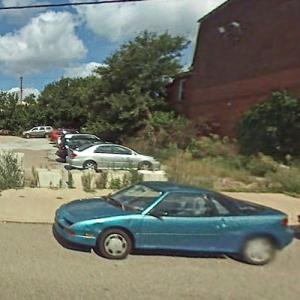 By Carrera @ 2018-04-18 14:08:57
@ 40.4555691, -79.9775079
Pittsburgh, Pennsylvania (PA), US
The Geo Storm was first sold in the U.S. Market in 1990 and in Canada from 1992. Despite being a rebadged Isuzu Impulse intended to replace the Spectrum hatchback, it was actually more of a stripped down version of the Impulse, like how an AWD drivetrain and a turbocharger were unavailable for the Storm. Marketed as a budget car with sports car physique, it technically became a victim of its own success by considerably outselling the now-rare Impulse it was based on, and once its production ended, the Storm went down with it rather than going on for another generation.