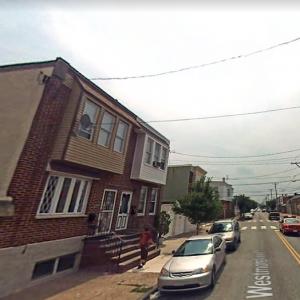 By Carrera @ 2018-04-21 04:09:53
@ 39.9878192, -75.1021196
Philadelphia, Pennsylvania (PA), US
In North America, Civic Coupes of the 7th generation came in VP, DX, EX, LX, and Si (as a Swindon, England-built hatchback) and came with either manual or automatic transmission. Nevertheless, its aftermarket versatility inspired the unveiling of a 2003 Civic Si concept at the annual SEMA show. Unfortunately, these Civics got attention for their airbags engineered by Takata. These "Alpha" airbags fitted in early 2000s Hondas, along other vehicles around the world, had an alarmingly high failure rate of 50%, in which upon deployment, the airbag would explode into shrapnel, severely injuring or killing the driver or passenger(s). As of April 2018, 23 people have been killed by the defective airbags, alongside several injuries, and the majority of these deaths had occurred in Hondas. Those who were injured had their condition described as "Like someone had been shot.", in which Honda had then also emphasized the severity and urgency of the largest vehicle recall, covering everything from compact cars to supercars like McLarens and Ferraris, by showing a picture of the aftermath of an accident involving a vehicle with defective airbags, to get people into replacing their airbags.