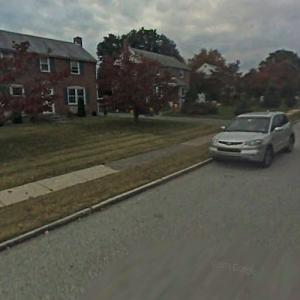 By Carrera @ 2018-05-07 20:32:52
@ 39.9395693, -75.3130565
Springfield, Pennsylvania (PA), US
The Acura RDX was unusual for a luxury SUV when it first arrived at dealers in 2006 for the 2007 model year; it was one of the only luxury SUVs with an inline-4 engine, and it was turbocharged before many other vehicles began to adopt the technology as a way to save on gas. At low rpm, a valve in the turbocharger narrows the exhaust passage to reduce turbo lag and to speed up exhaust flow while the turbine spins rapidly. When it increases, the valve opens, letting in more exhaust flow for a boost. Air passes through the grille to enter the intercooler atop its engine that is directed by ducting beneath the hood. The 2.3 liter K23A1 engine is capable of producing 240 horsepower. The upcoming 2019 model marks a return to turbocharged 4-cylinder power, in which the outgoing model is only powered by a 3.5 liter V6.