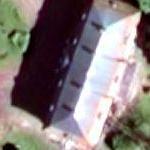 The mansion was built in 1773-1776 by the General Wolter Reinhold Stackelberg. It is situated at a cove of a lake and is surrounded by notable park.

Later the property belonged to the families Sparre, Bielke, Horn, Ehrensten and others. It was purchased in 1859 by Gustaf Sparre, first President of this House, and in 1898 by Baroness Marika Dickson of Gothenburg
Links: en.wikipedia.org
418 views