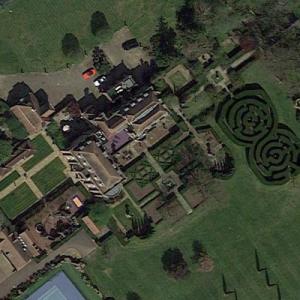 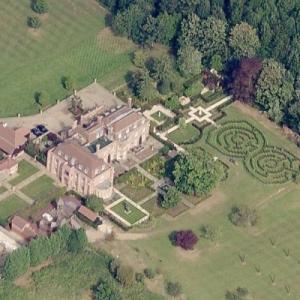 The property on which Rowneybury stands was part of Pishiobury before being divided in the 1880s. It was owned by Hertfordshire County Council and used as a home for children with learning disabilities. The original property had two upper floors, and a cellar under the majority of the main building. After laying empty for several years, it was purchased from the Council and renovated. In 1999, the property was purchased by the footballer David Beckham and his wife Victoria for £2.5 million. The property became dubbed "Beckingham Palace" by the press as a portmanteau of their surname and Buckingham Palace. They spent around £3 million on refurbishment, including a maze designed by James Gardner, in the grounds. In 2001, Victoria Beckham made a virtual tour of the mansion available online.

The property was put up for sale by the Beckhams in 2013. The house, with 17 acres of grounds, was bought by the insurance tycoon Neil Utley, chairman of Hastings Direct, and Narmali Utley for £11.35 million in 2014.
Links: uk.news.yahoo.com, en.wikipedia.org
24,988 views

Andrew
@ 2010-09-25 07:54:05
You may wish to add to the location's name the official house name - (Rowneybury House).
The name 'Beckham's Castle' is not technically correct, as the house is not referred to as a castle in the UK. The castle term may have arisen as tongue-in-cheek, referring to a childrens play castle built in the garden by the Beckhams in 2004. You may wish to replace 'castle' with 'country house'.
Here is a working link for Neotrix's comment - http://www.dailymail.co.uk/tvshowbiz/article-1309233/David-Victoria-Beckham-Beckingham-Palace-sale.html