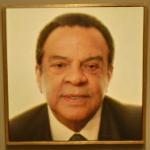 By soper @ 2012-04-08 13:06:07
@ 38.897804, -77.023756
Washington, Washington, DC (DC), US
Andrew Jackson Young is an American politician, diplomat, activist and pastor from Georgia. He has served as Mayor of Atlanta, a Congressman from the 5th district, and United States Ambassador to the United Nations. He served as President of the National Council of Churches USA, was a member of the Southern Christian Leadership Conference (SCLC) during the 1960s Civil Rights Movement, and was a supporter and friend of Dr. Martin Luther King, Jr.
Links: artsandculture.google.com, en.wikipedia.org
1,034 views