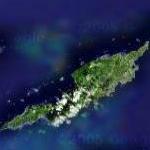 By AKpilotEMT @ 2005-12-02 03:07:13
@ 18.230004, -63.085556
The Valley, Anguilla (AI)
Not technically its very own nation, Anguilla is in the Caribbean Sea and is the northernmost of the Leeward Islands. "Colonized by English settlers from Saint Kitts in 1650, Anguilla was administered by Great Britain until the early 19th century, when the island - against the wishes of the inhabitants - was incorporated into a single British dependency, along with Saint Kitts and Nevis. Several attempts at separation failed. In 1971, two years after a revolt, Anguilla was finally allowed to secede; this arrangement was formally recognized in 1980, with Anguilla becoming a separate British dependency."
Links: www.lonelyplanet.com
1,874 views