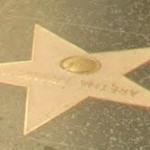 By kjfitz @ 2012-09-22 17:25:05
@ 34.101378, -118.340947
Hollywood, California (CA), US
Aretha Louise Franklin (born March 25, 1942) is an American musician, singer, songwriter, and pianist. In a recording career that has spanned over half a century, Franklin's repertoire has included gospel, jazz, blues, R&B, pop, rock and funk. Franklin is known as one of the most important popularizers of the soul music genre and is referred to as the Queen of Soul, a title she was given early in her career. Franklin, the daughter of prominent Baptist minister and activist C. L. Franklin, began her singing career singing in her father's church at the age of ten and started recording four years later. After several years in the gospel circuit and with her father's blessing, she formed a secular pop music career at the age of eighteen, signing with Columbia Records, where she was branded by its CEO John Hammond as his most important act since Billie Holiday. Franklin's Columbia period wasn't as successful as hoped and in late 1966, Franklin switched over to Atlantic Records, where she began recording a string of popular hits including "I Never Loved a Man (The Way I Love You)", "(You Make Me Feel Like) A Natural Woman", "Think", "Chain of Fools" and what later became her signature song, "Respect".
Links: en.wikipedia.org
616 views