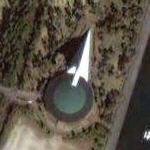 The cities of Yokkaichi and Sydney have been sister cities for over twenty-five years. This linkage grew out of Yokkaichi's import of Australian wool. The Australian Dome, built at the World Exposition in Osaka in 1970, was transferred to this site at the end of the event. The "sky hook," which looks like a dinosaur, is very impressive. There are exhibits that introduce the nature and traditions of Australia.
Links: www.infocreate.co.jp
713 views