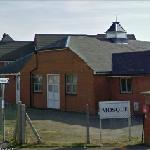 By Mike1989 @ 2013-04-08 01:15:56
@ 52.061746, -1.325534
Banbury, United Kingdom (GB)
Banbury Mosque is a Mosque located in Banbury, Oxfordshire, England. In September 2008 the Mosque was given permission to expand its size to allow women to pray however the expansion received some criticism from Banbury citizens. In July 2009 Abdul Rahman Al-Sudais, the imam of the Masjid al-Haram, the holiest Mosque of Islam which is located in Mecca gave a speech in Banbury. The Ash-Shifa School girls Islamic school is located within the grounds of Banbury Mosque.
Links: en.wikipedia.org
420 views