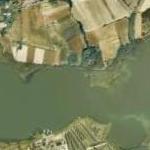 PROSOLBA S.A. and COOB'92
financed the constructions around the
lake, the refurbishment of the competition
support facilities at the Club Natació
Banyoles and the temporary adaptations
necessary for the Olympic Games.

The sports facilities were put to the test
the year prior to the Olympic Games with
the Junior World Championship which
was held from July 31 to August as part of
the Competitions'91 programme
Links: en.wikipedia.org
859 views