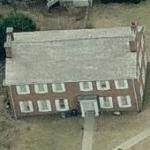 The Reverend John M. Ellis, a Presbyterian missionary in the West, saw the need for a “seminary of learning” in the new state of Illinois. His plans drew the attention of Congregational students at Yale University, and seven of them, in one of the famous “Yale Bands,” came westward to help found the College. The first president of Illinois College was Edward Beecher, who left his position at the Park Street Church in Boston and firmly imbued the new college with New England traditions and academic foundations. His sister, Harriet Beecher Stowe, author of the influential anti-slavery novel Uncle Tom’s Cabin, visited the campus and his brother, Henry Ward Beecher, preached and lectured here."
Links: www.ic.edu
654 views