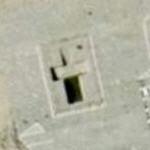 On 14 October 1947, just under a month after the United States Air Force had been created as a separate service, the tests culminated in the first manned supersonic flight, piloted by Air Force Captain Charles "Chuck" Yeager in aircraft #46-062, which he had christened Glamorous Glennis after his wife. The rocket-powered aircraft was launched from the bomb bay of a specially modified B-29 and glided to a landing on a runway. XS-1 flight number 50 is the first one where the X-1 recorded supersonic flight, at Mach 1.06 (361 m/s, 1,299 km/h, 807.2 mph) peak speed.
Links: www.nasa.gov
1,868 views