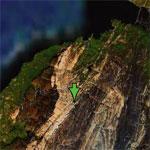 The bomb was tested on October 30, 1961, in Novaya Zemlya, an archipelago in the Arctic Sea. The device was scaled down from its original design of 100 megatons to reduce the resulting nuclear fallout.
Links: en.wikipedia.org
23,307 views