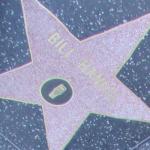 Handel currently hosts two radio programs on KFI in Los Angeles, California. First is KFI's local morning show, in which he comments on current events. The program is one of the top rated morning program in the Los Angeles market, with more than 1 million listeners. Additionally, he hosts a legal advice show on weekends called Handel on the Law, which is syndicated by Premiere Radio Networks and heard on over 150 stations. Handel's legal show is currently his longest running radio program to date. In early 2010, The Bill Handel Show replaced Dr. Laura when she ended her syndicated show. Both of Handel's shows played across the United States on America's Talk channel 158 on XM Satellite Radio. On February 22, 2010, the afternoon show was replaced by The Bill Carroll Show.
Links: en.wikipedia.org
425 views