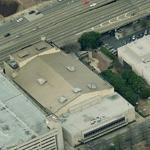 The building was designed by Thomas W. Lamb, working with a committee of local architects. A later renovation added to the lobby and meeting room space in front of the brick facade, giving the street view of the auditorium a decidedly modernist marble, aluminum and glass look. The auditorium was renamed for Mayor Albert Boutwell. The auditorium remains the property of the city. It was home to the Birmingham Power basketball team.

The arena has hosted concerts by many famous artists, including KISS, Queen, Van Halen, Grateful Dead, Sting, Nirvana, Prince & The New Power Generation and Bob Dylan, among others.

Master plans for the future of the Birmingham Museum of Art, which adjoins Boutwell Auditorium, have included expanding onto its current site.
Links: en.wikipedia.org
681 views