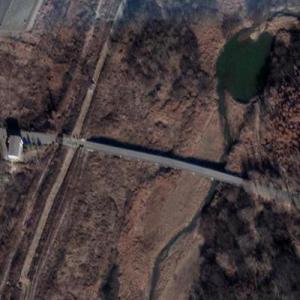 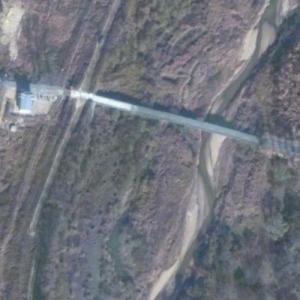 By jdubble07 @ 2013-06-08 23:23:47
@ 37.959273, 126.671312
Kaesong, Democratic People's Republic of Korea (KP)
Located in the Joint Security Area, the so-called "Bridge of No Return" crosses the Military Demarcation Line (MDL) between North Korea and South Korea. It was used for prisoner exchanges at the end of the Korean War in 1953. The name originates from the claim that many war prisoners captured by the United States did not wish to return home. The prisoners were brought to the bridge and given the choice to remain in the country of their captivity or cross over to the other country. However, if they chose to cross the bridge, they would never be allowed to return.

The bridge has been portrayed in the beginning of the James Bond film, Die Another Day, and Salt starring Angelina Jolie.
Links: en.wikipedia.org
2,001 views