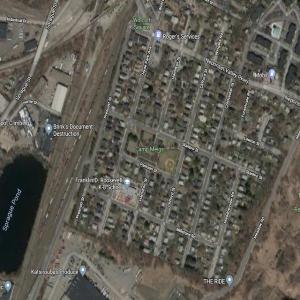 The land has since been developed, but the park in the center is named the "Camp Meigs Memorial Park" and includes a placard that says such. Many of the original natural features can be recognized.

*Note, the film was not filmed in this location*
Links: www.hydeparkhistoricalsociety.org, en.wikipedia.org
1,437 views