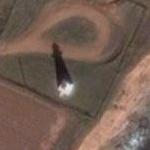 The original Cape Tryon lighthouse was deactivated in 1969. A second lighthouse was built on Cape Tryon itself, opened in 1969, and is still active. It is located a few kilometres north of the village of French River.
Links: en.wikipedia.org
432 views