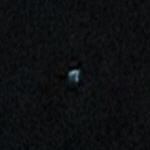 According to legend, the rock is called Bell Rock because of 14th century attempt by the abbot from Arbroath to install a warning bell on it. The bell lasted only one year until it was removed by a Dutch pirate. This story is immortalised in The Inchcape Rock, a famous poem by 19th century poet Robert Southey.

By the turn of the 18th century, it was estimated that the rocks were responsible for the wrecking of up to six ships every winter 1. In one storm alone, 70 ships were lost off the east coast of Scotland. The Scottish engineer Robert Stevenson had earlier proposed in 1799 the construction of a lighthouse on Bell Rock, but cost concerns and the relative radicality of his proposal caused it to be shelved. However, the loss of the warship HMS York and all on board in 1804 resulted in a furore in Parliament which eventually led to legislation being passed in 1806 enabling construction to begin.

The lighthouse was built by Stevenson between 1807 and 1810. The lamp was first lit on 1st February, 1811. The design has some similarities to the earlier Eddystone Lighthouse designed by John Smeaton which was also built on an offshore reef using interlocking stones, but also newer features, such as rotating lights, with alternating red and white lights. Standing at 35 m high, the light is visible from 35 statute miles (55 km) inland. The working of the lighthouse has been automated since 1998.

The lighthouse operated in tandem with a shore station, the Bell Rock Signal Tower, built in 1813 at the mouth of Arbroath harbour. Today this building houses the Signal Tower Museum, a visitor centre detailing the history of the lighthouse.

The challenges faced in the building of the lighthouse have led to it being described as one of the Seven Wonders of the Industrial World.
Links: en.wikipedia.org
4,388 views