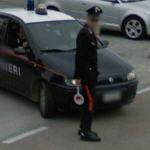 The Carabinieri recently became a separate armed force (alongside the Army, Navy and Air Force), thus ending their long standing tradition as the First Corps (Arma) of the Italian Army (Esercito). They are referred to as the Arma or La Benemerita (The Meritorious Corps), and are unrivalled in popular affection and national pride, although they are often subjects of jokes about their intelligence, because requirements to be a Carabiniere used to be very low (elementary-school level). Though the requirements are now higher, the stereotype persists.
Links: en.wikipedia.org
657 views