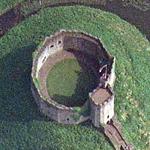 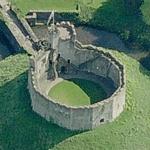 During the 19th century, a new mock medieval castle was built to the design of William Burges, architect to the Earl of Bute, as a fairytale residence. The castle was later given to the city of Cardiff by the Bute family. It is now a popular tourist attraction, and houses a regimental museum in addition to the ruins of the old castle and the Victorian reconstruction.
Links: www.cardiffcastle.com
1,726 views