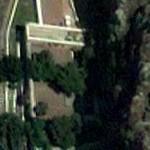 The founding of the church in Antioch can be traced to the Bible's Acts of the Apostles (11:25-27) where it is related that Barnabas travelled to Tarsus to bring Paul the Apostle there. They worked for one year with the nascent Christian community, and there the converts were called Christians for the first time in history. Christian tradition considers Peter, the first Apostle, as the founder of the church of Antioch, and the first priest of the Christian population that was established there; the Church of St. Peter is on the spot where he first preached the Gospel in Antioch.

Only some pieces of floormosaics, and traces of frescoes on the right side of the altar have been preserved that date from the early period of the church. It is thought that the tunnel inside which opens to the mountain side served the Christians to evacuate the church in case of sudden raids and attacks. Water that seeps from the nearby rocks was gathered inside for drinking purposes, and was also used for baptisms. The collection of water, which visitors drank and collected to give to those who were ill (with the belief that it was healing and curative), has lessened as a result of recent earthquakes.

On top of the stone altar located in the middle of the church is a stonework platform that was placed there in memory of the Saint Peter's Platform Holiday which was celebrated every 21 February in Antakya. The marble statue of Saint Peter on top of the altar was placed there in 1932. Crusaders who captured Antakya in 1098 lengthened the church by a few meters and connected it with two arches to the facade. This facade was rebuilt in 1863 by the Capuchin Friars who were doing restoration works on the orders of Pope Pius IX. Napoleon III also contributed to the restoration. The remains on the left hand side of the church entrance belong to colonnades that used to stand in front of the church facade.
Links: en.wikipedia.org
465 views