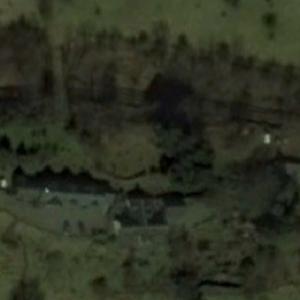 Their burial ground is located between the village of St. Fillans and town of Lochearnhead. The clan owns a small piece of land that is hidden between a larger modern house and the dismantled railway. The cemetery is small and surrounded by a stone wall with the oldest grave dating back to 1773. There are currently 13 standing gravestones with numerous other gravestones lying down - both marked and unmarked.