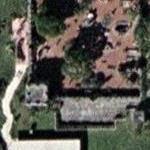 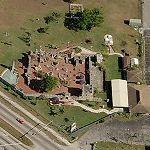 A castle-like house and sculpture garden assembled by its owner, Edward Leedskalnin, over roughly a thirty year period. Mr. Leedskalnin quarried the limestone from his property for the construction of his house, which was partially a shrine to the woman he longed for but never had.

(Previously submitted but in the wrong location with an incorrect thumbnail.)
Links: coralcastle.com
4,082 views