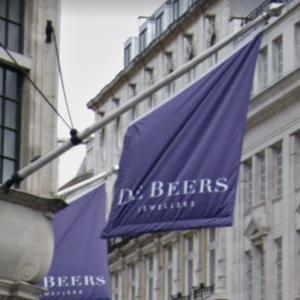 De Beers Jewellers is well known throughout the world for their central role in the diamond trade. They have several flags outside their store on the corner of Old Bond Street and Piccadilly in central London.
Links: www.debeers.com
42 views