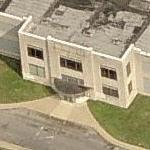 One of ERCO's most significant achievements was the development of the Ercoupe aircraft.

The Ercoupe contained many innovative design features that produced an aircraft that was safe, easy to fly, and certified by the Civil Aeronautics Administration as "characteristically incapable of spinning."

The aircraft was designed by Fred Weick, a noted aeronautical engineer, who worked for the National Advisory Committee for Aeronautics before coming to ERCO in 1936.
Links: members.tripod.com
614 views