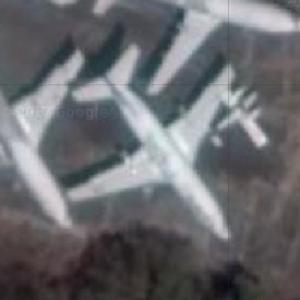 At a stop in Aden the Captain, Jürgen Schumann, was killed by the terrorist and his body thrown out of the plane.

October 18. in Mogadishu, Somalia, the German Anti terror Corps GSG-9 stormed the plane killing 3 of the terrorists and wounded the 4th. female terrorist. She now lives in Oslo, Norway.

Since the discovery of the plane in Brazil the German government is trying to get the plane back to Germany as an important historical item.
Links: www.shz.de, en.wikipedia.org
713 views

Dania
@ 2017-09-23 07:44:43
This morning the plane came back to Germany in two Antonov 124 transporters. It arrived at Friedrichshafen where it will be restored an get it's old Lufthansa Landshut colours. 2019 it will be ready at the Dornier museum.