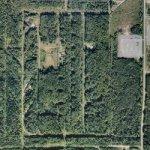 Site was used during WWII to train some troops in chemical warfare.

TULALIP, Wash. - The U.S. Army Corps of Engineers has halted excavation at an old chemical weapons storage site on the Tulalip Indian Reservation after four workers reportedly suffered effects from mustard gas buried there 60 years ago.

The four were briefly hospitalized Aug. 15, after they unearthed damaged cylinders and broken glassware that contained residue from mustard gas, phosgene and chlorine. They said they had smelled a strange odor and one said his eyes were stinging.

One container still had a bomb attached, said John McCoy, a spokesman for the Tulalip Tribes and a state legislator.

Guards have been stationed there and protective tents have been erected over the area to ensure nothing escapes into the air.

The old chemical weapons materials were found on the former Backup Ammunition Storage Depot, which was operated by the U.S. military until 1947. Less than a mile west of the Quil Ceda Village shopping area, it's one of more than 9,000 sites throughout the country the corps has decided should be cleaned because they were used by the military for training or storage.
Links: 74.125.95.132
1,126 views