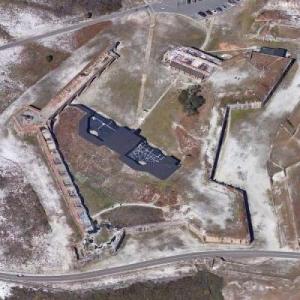 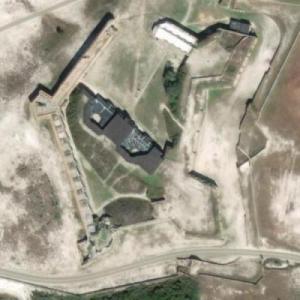 By kjfitz @ 2005-08-29 15:00:29
@ 30.327087, -87.290143
Pensacola, Florida (FL), US
Fort Pickens was the largest of a group of forts designed to fortify Pensacola Harbor. Constructed between 1829-1834, Pickens supplemented Fort Barrancas, Fort McRee, and the Navy Yard. Located at the western tip of Santa Rosa Island, just offshore t he mainland, Pickens guarded the island and the entrance to the harbor. Its construction was supervised by Colonel William H. Chase of the Corps of Army Engineer. Using slave labor, the fort used over twenty-two million bricks and wasintended to be impregnable to attack. Ironically, Chase was later appointed by the state of Florida to command its troops and seize for the South the very fort he had built.

At the time of the secession crisis, Fort Pickens had not been occupied since the Mexican War. Despite its dilapidated condition, Lieutenant Adam J. Slemmer, who was in charge of United States forces at Fort Barrancas, deter mined that Pickens was more defensible than any of the other posts in the area. His decision to abandon Barrancas was hastened when, around midnight of January 8, 1861, his guards repelled a group of men intending to take the fort. Some historians note that this could be considered the first shots fired by United States forces in the Civil War. Shortly after this incident, Slemmer destroyed over 20,000 pounds of powder at Fort McRee, spiked the guns at Barrancas, and evacuated about eighty troops to Fort Pickens. Fort Pickens remained in Union hands throughout the Civil War.
Links: www.forttours.com
1,327 views