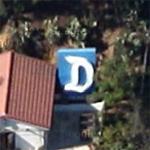 John Stamos is best known for his work as an actor, producer, musician, comedian and singer. He first gained recognition for his contract role as Blackie Parrish on the ABC television series General Hospital, for which he was nominated for the Daytime Emmy Award for Outstanding Supporting Actor in a Drama Series. This landmark role would make Stamos somewhat of a household name known for his rugged good looks and raw natural charm. He continued to work mostly in television, becoming especially well known for his starring role as Jesse Katsopolis on the ABC sitcom Full House. Since the show's finale in 1995, Stamos has appeared in numerous TV films and series. Since 2005, he has been the national spokesperson for Project Cuddle.

From 2005 to 2009, Stamos had a starring role on the NBC medical drama ER as Dr. Tony Gates. In September 2009, he began playing the role of Albert in the Broadway revival of Bye Bye Birdie. From September 2015 to 2016, Stamos starred as the lead character in the Fox sitcom Grandfathered. As of 2016, he is an executive producer of the Netflix series Fuller House, in which he reprised the role of Jesse Katsopolis. Recently, he starred as Dr. Nicky in the Lifetime/Netflix psychological thriller You.

John Stamos has an estimated net worth of $25 million dollars. In May 2005, shortly after his divorce from Rebecca Romijn, John purchased this 4,000 square foot home in Beverly Hills for $3.57 million. He listed this home for sale in May 2019 for $6.75 million. Within a few months he lowered the price to $5.7 million. In August 2019 he purchased a home in a gated community in Hidden Hills, California for $5.75 million.
Links: collectibles.about.com
31,321 views