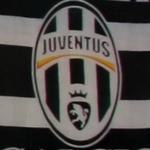 
Founded in 1897 as Sport Club Juventus by a group of young Torinese students, among them, who was their first president, Eugenio Canfari, and his brother Enrico, author of the company's historical memory; they are managed by the industrial Agnelli family since 1923, which constitutes the oldest sporting partnership in Italy, thus making Juventus the first professional club in the country.
Links: en.wikipedia.org
365 views