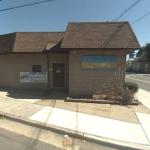 The club was profiled on the Bio Channel's "My Ghost Story" in 2010.

There is no doubt that the owner of the club has tried to capitalize on the publicity surrounding the supposed haunting over the years, but nobody has ever accused the video footage of being faked. Jane Doherty, a respected psychic who visited the club, has stated that the club's haunting is real.
Links: www.liquidassetsnj.com
4,146 views