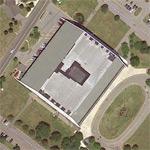 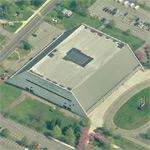 By neotrix @ 2011-04-17 04:44:10
@ 40.52531111, -74.44131309
Piscataway Township, New Jersey (NJ), US
The Louis Brown Athletic Center, more commonly known as the RAC (for its original name, the Rutgers Athletic Center), is an 8,000-seat multi-purpose arena in Piscataway, New Jersey on Rutgers University's Livingston Campus. The building is shaped like a truncated tent with trapezoidal sides on the north and south ends. It is home to the men's and women's Rutgers Scarlet Knights basketball teams.

The arena was the home of the NBA's New Jersey Nets from their second year in the NBA, 1977, when the team moved from The Nassau Coliseum, until 1981, when the Brendan Byrne Arena opened at the Meadowlands Sports Complex
Links: en.wikipedia.org
687 views