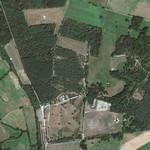 By Dania @ 2013-01-21 05:17:28
@ 53.236686, 10.208488
Westergellersen, Germany (DE)
The Luhmühlen Horse Trials are an annual equestrian eventing competition held in Luhmühlen, Salzhausen, Germany. Riders compete at the highest level: the CCI****. There are only six events of this kind in the world, the others being the Badminton Horse Trials, the Burghley Horse Trials, the Rolex Kentucky Three Day, the Australian International Three Day Event and the Stars of Pau.


Luhmühlen originally held CCI** and CCI*** events. The CCI**** event was first held in 2005, making it the first event in mainland Europe to hold an eventing competition at that level. Luhmühlen follows the new format, "without steeplechase."

Before this event the show ground was completely rebuilt.
Links: em.luhmuehlen.de
841 views