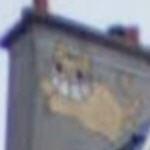 The yellow cartoon cat is characterized by its large Cheshire Cat grin. The cat is most often portrayed in a running pose, but has also been variously depicted waving signal flags, bouncing on a ball, sporting angel wings, and waving in greeting at the entrance to a train station. It is sometimes accompanied by the tag "M. Chat" in small letters.
Links: en.wikipedia.org
2,132 views