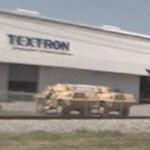 By kjfitz @ 2010-12-07 11:24:56
@ 30.270375, -89.786946
Slidell, Louisiana (LA), US
The M1117 Guardian Armored Security Vehicle, or ASV, is an all-wheel drive armored vehicle manufactured by Cadillac Gage of Textron for use by the United States Army Military Police Corps. Its armament consists of an Mk 19 grenade launcher and M2 Browning Machine Gun, mounted in a turret similar to that used on the US Marine Corps' Amphibious Assault Vehicle; and a M249 Squad Automatic Weapon mounted outside the gunner's hatch. The vehicle has become very popular with U.S. Military Police Units and Convoy Security Units in Iraq. It is a more heavily protected and heavily armed alternative to the armored HMMWV which was not originally designed to be a protected fighting vehicle.
Links: en.wikipedia.org
906 views