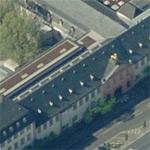 The museum has its roots in a painting collection donated by Napoleon and Chaptal to the city of Mainz in 1803. It moved into its current location, in the former electoral stables, in 1937, by which time it had grown significantly. It received its present name in 1986, and was renovated and modernised from 2004 to 2010.
Links: en.wikipedia.org
395 views