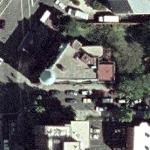 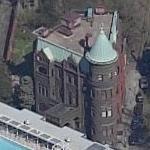 Nicknamed "The Brewmaster’s Castle" while Heurich lived there, it was the city’s first fireproof home, having been built of reinforced steel and poured concrete, a novel construction technique at the time, and unheard of for residential construction. To ensure its safety, none of the fireplaces were ever used, and the top of the tower features a salamander, in mythology, a creature that guards against fire.

A distinguished example of Richardsonian Romanesque architecture, this Category Two Landmark on the National Register of Historic Places enjoys an international reputation as the most intact late-Victorian home in the country, and has been featured on A&E’s "America’s Castles" and HGTV’s "Dream Builders."
Links: heurichhouse.org
2,707 views