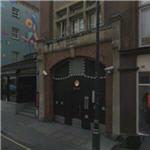 In 1964 the club moved a short distance to what became its most famous venue at 90 Wardour Street. Here, almost every major rock band of note played over the next 25 years on the tiny stage. Residencies during the late 1960s alone included Alexis Korner, Cyril Davies, Chris Barber, The Yardbirds, Led Zeppelin, The Who, King Crimson, Yes, Jethro Tull, The Jimi Hendrix Experience & Pink Floyd (who played on Sunday afternoons as part of the Spontaneous Underground club). To find out who was playing on any given night, you could just call in at the 'Ship' pub a few doors away.[citation needed] In 1964 Moody Blues manager/producer Alex Murray used a homemade studio in the garage at the back of the club to produce the classic 'Go Now' single which shot to #1 at Christmas 1964 and film the first ever UK pop video promo.
Links: en.wikipedia.org
991 views