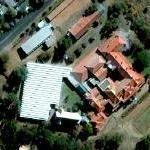 By kkeps @ 2010-02-14 11:26:21
@ -28.749398, 24.780039
Kimberley, South Africa (ZA)
The McGregor Museum in Kimberley, South Africa, originally known as the Alexander McGregor Memorial Museum, is a province-aided museum established in 1907. Housed at first in a purpose-built museum building in Chapel Street, Kimberley, it was, and still is, governed by a Board of Trustees, aided financially by the municipality (up to the 1950s), then by the Cape Provincial Administration and, today, by the Northern Cape Administration through the Department of Sport, Arts and Culture.
Links: en.wikipedia.org
630 views