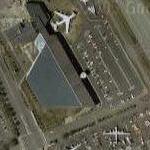 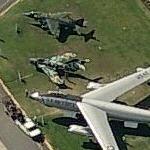 By kjfitz @ 2005-08-03 19:00:47
@ 47.51888691, -122.29630963
Seattle, Washington (WA), US
This aviation and space museum has several unusual exhibits, and is suitably located in the heart of a major aerospace center. Located on Boeing Field and surrounded by Boeing R&D buildings, a swarm of 45 aircraft cover the main hall, with many aircraft hanging from the ceiling. Of special note is a Russian Satellite which was sent as a gift to the Museum in 1992. It was launched by rocket from Plesetsk, Russia, and orbited the earth 111 times before splashing down off the coast of Washington. Among the delivered gifts inside were vodka and Russian chocolates.
Links: www.museumofflight.org
1,061 views