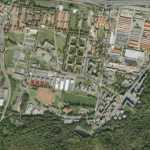 By giove @ 2009-03-24 12:52:49
@ 48.784643, 2.112551
Versailles, France (FR)
The National Gendarmerie Intervention Group, commonly abbreviated GIGN (French: Groupe d'Intervention de la Gendarmerie Nationale), is the French Gendarmerie's elite counter-terrorism and hostage rescue unit; it is part of the military force, not the police. It is composed of 380 men, including 11 commissioned officers.

Its missions include the arrest of armed criminals, in particular those taking hostages, counter-terrorism and dealing with airplane hijacking, and prevention of mutiny in prisons.

GIGN headquarters are in Satory, west of Paris. Along with the EPIGN and the GSPR it forms the GSIGN (Groupement de Sécurité et d'Intervention de la Gendarmerie Nationale, Grouping of Security and Intervention of the National Gendarmerie), part of the subdivision Mobile Gendarmerie.
Links: en.wikipedia.org
2,639 views

Anonymous
@ 2021-12-15 00:50:07
Hey im Aram and I would like to join GIGN I’ve heard about their conditions but im not France citizen but i am an officer with Captain ranked and I do have skills of fighting back so if that does it help to reach