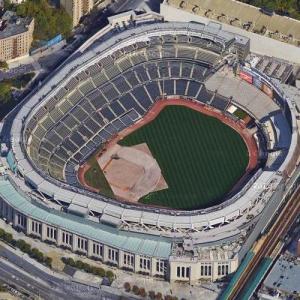 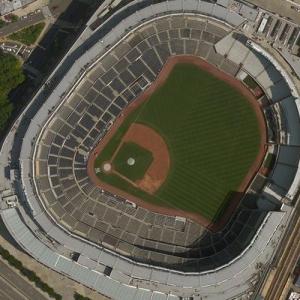 By Dania @ 2010-07-16 05:22:01
@ 40.829722, -73.926798
New York, New York (NY), US
Yankee Stadium is a stadium located in the New York City borough of The Bronx. It serves as the home ballpark for the New York Yankees, replacing the previous Yankee Stadium, built in 1923. The new ballpark was constructed across the street, north-northeast of the 1923 Yankee Stadium, on the former site of Macombs Dam Park. The ballpark in the Bronx opened April 2, 2009, when the Yankees hosted a workout day in front of fans from the Bronx community. The first game at the new Yankee Stadium was a pre-season exhibition game against the Chicago Cubs played on April 3, 2009, which the Yankees won 7–4. The first regular season game was played on April 16, a 10–2 Yankee loss to the Cleveland Indians.

Much of the stadium incorporates design elements from the previous Yankee Stadium, paying homage to the Yankees' history. Although stadium construction began in August 2006, the project of building a new stadium for the Yankees is one that spanned many years and faced many controversies. The stadium was built on what had been 24 acres of public parkland. Replacement ballfields, slated to open when the new stadium did, have not been completed. Also controversial was the price tag of $2.3 billion, including $1.2 billion in taxpayer subsidies.
Links: en.wikipedia.org
2,500 views