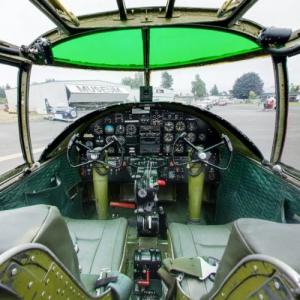 On July 7, 1944, this aircraft departed Morrison Field and followed the southern route through Brazil, then across the Atlantic to Africa where it was delivered to the 3rd Air Facility Depot. Later that fall it was picked up by the 319th Bomb Group, 437th Squadron at Serraggia Airbase, Corsica. There it was assigned Battle Number 18. The plane then proceeded to fly 15 combat missions over Italy between November 4 and December 31, 1944. The majority of the targets were railroad bridges.
Links: www.azcaf.org, en.wikipedia.org
374 views