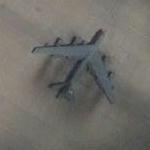 By cmike77 @ 2006-09-25 16:35:06
@ -7.312954, 72.415733
Diego Garcia, British Indian Ocean Territory (IO)
Diego Garcia is an atoll located in the heart of the Indian Ocean, some 1,000 miles (1,600 kilometres) south of India's southern coast. Diego Garcia is the largest atoll by land area of the Chagos Archipelago. It is part of the British Indian Ocean Territory (BIOT), a British overseas territory. Since the depopulation of Diego Garcia in the years leading up to 1973, it has been used as a military base by the United States. Diego Garcia hosts one of three ground antennas (others are on Kwajalein and Ascension Island) that assist in the operation of the Global Positioning System (GPS) navigational system.
Links: fas.org
13,495 views